As of a couple of years ago the big thing in microcontrollers was the Arduino.  The Arduino was (and still is) a delightful board for hobby projects.  But now there’s a new microcontroller board for hobby projects, namely the fetchingly named ESP8266 ESP-12E NodeMCU board, pictured at right.  There are many nice things about this board.   END_OF_DOCUMENT_TOKEN_TO_BE_REPLACED

The fees payable in US dollars for the services of various International Searching Authorities will change on January 1, 2017.  The following table lists the ISAs that are available to applicants filing in RO/US, ranked in descending order of cost for the first invention.

END_OF_DOCUMENT_TOKEN_TO_BE_REPLACED

This email came in today from someone (let’s call him “PY”) asking about PCT-PPH:

I watched your 2011 Youtube video on this subject and found it very useful. Thank you for sharing your expertise.
I have a question: If the favorable written opinion is from the USPTO in the PCT international phase, can you still use the PCT-PPH in a patent application pending in the USPTO?

Readers will recall my previous post about big delays in the Assignment Branch at the USPTO.  As I reported in that post, we had e-filed an Assignment for recordation on October 10, 2016 and even after some weeks the Assignment Branch had not gotten around to giving us the all-important reel and frame number.  We had placed a followup call on October 27 reaching a nice fellow who told us that there was a backlog.  We placed another followup call on November 7 reaching a nice woman who said yes there was still a backlog.  On that day I posted the above-mentioned blog article and one reader posted a comment that she was able to top me.  She had e-filed an Assignment on October 6 that had not been recorded as of November 7.  Another reader posted a comment that he was able to top both of us, with an Assignment that he had e-filed on September 15 and that the Assignment Branch had not recorded as of November 7.

Anyway now there is news.  Today, November 15, USPTO has mailed a Notice of Recordation for this Assignment that we e-filed on October 10.  It took the Assignment Branch 36 days to get around to recording this Assignment.

WIPO offers a distance learning course called Introduction to the Patent Cooperation Treaty.  The course is free of charge.  My suggestion is that any person who is involved in providing services to clients relating to the PCT ought to take this course, pass the quizzes, and obtain the certificate of completion.  My suggestion extends to patent practitioners, paralegals, and administrative assistants.  I took the course just today and here is my certificate of completion.

To learn more or to register for the course, click here.  You can see more information about the course below. END_OF_DOCUMENT_TOKEN_TO_BE_REPLACED

END_OF_DOCUMENT_TOKEN_TO_BE_REPLACED 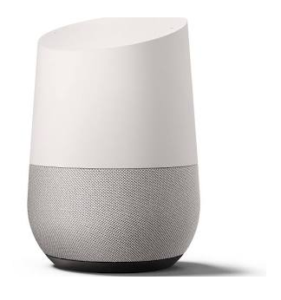 END_OF_DOCUMENT_TOKEN_TO_BE_REPLACED

Topics include Best Practices for carrying out e-filing, filing Demands, making changes in bibliographic data, and picking a Searching Authority.

You can register here. 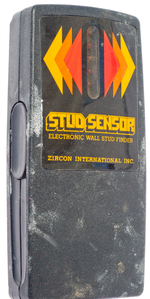 One of the nice things about the patent system is that we can use the patent system to learn how stuff works.  One of my favorite examples of this is the Zircon Stud Sensor.  This product hit the market in about 1978, and I  bought one of the first ones.  END_OF_DOCUMENT_TOKEN_TO_BE_REPLACED

Today marks the twelfth anniversary of the TTABlog.  Yes, the first-ever posting of the TTABlog was on November 8, 2004.  Congratulations and thanks to John L. Welch for all these years of service to the trademark community!

By comparison the Ant-Like Persistence blog is a mere 2½ years old.

Again, kudos and thanks to John!