With more than two weeks to go before Design Day 2017, it is now sold out.  If you did not RSVP by now, it’s too late.  I’ll be there and our patent agent Charles Roth, who has prosecuted a lot of design patent applications, will be there.  We look forward to seeing you there. 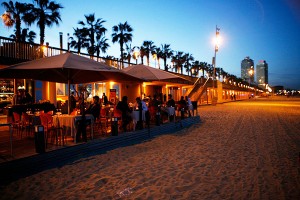 The place and time for Meet the Bloggers XIII is now set.  Perhaps the best non-INTA event ever devised by woman or man, MTB XIII will be held on Monday, May 22nd, 7:30 – 9:30 PM, at Xup Xup in Barcelona (map). Come and meet some of the best trademark attorneys in the world, and while you’re at it say hello to the sponsors of this year’s event.

Recently in the Design Listserv a Paris Convention question arose.  The question was, under Article 4 of the Paris Convention, could a design application claim priority from an earlier utility application?  It’s a good question and if you have any thoughts about this, I urge you to join that listserv and share your thoughts.

But what prompts this blog article is the initialism “TYFNIL”.  (It is not an acronym.)  A listserv member pointed out that even if the Office examining the design application were to find nothing wrong with such a priority claim, the owner of the design protection would never really know for sure where they stood until TYFNIL.  What does that mean?   END_OF_DOCUMENT_TOKEN_TO_BE_REPLACED

Instead, the USPTO waits until allowance to mail the “Notice Requiring Inventor’s Oath or Declaration” (Form PTOL-2306).  The Notice states that there is some real or imagined defect in the inventor declaration that was filed back when the patent application was filed in the first place.  In a very large percentage of cases, there is not actually anything wrong with the inventor declaration. END_OF_DOCUMENT_TOKEN_TO_BE_REPLACED

Here are some of my past April Fool’s Day blog articles:

As for the second article (USPTO relocates its “contingency” EFS-Web server) what is particularly sad is that it should not have been an April Fool’s article at all.  As many have pointed out over the course of many years, there is an ongoing need for USPTO to relocate its contigency patent e-filing server to a geographic location distant from the main e-filing server.  There have been many system outages at the USPTO over the years in which both the main server and the “contingency” server were both out of service.  It is just common sense that the two servers should not be in the same building, connected to the Internet through the same single connection point, powered by the same source of electrical power.