Listserv members will all recognize Rick Neifeld’s name. He is a regular contributor to the listservs on many topics including PTAB topics.  Rick lives and breathes the world of the PTAB.

We are all used to the idea that an Inter Partes review proceeding before the PTAB can be very scary for a patent owner — much more scary than a trip to a federal district court.  The IPR proceeding moves along super-fast and almost before you can sneeze, the patent has been destroyed.  From the beginnings of the IPR system in 2013, there was supposedly a mechanism by which the patent owner might possibly amend the claims and preserve at least some portion of the patent scope rather than losing everything.  But the brief window of time during which the patent owner might try to do this would come and go in the blink of an eye.  This and other aspects of the IPR system led some observers to characterize the PTAB as a “patent death squad”.

On October 4, 2017 the Federal Circuit handed down a decision (Aqua Products v. Matal, read the opinion here) that talks about how the PTAB is supposed to do its job.  Among other things the decision shifts the burdens among the players in a PTAB proceeding as to whose job it is to establish the patentability or unpatentability of claims presented during an IPR claim amendment.

This might seem like a super-picky narrow topic that could only be interesting to the small handful of practitioners (of whom Rick is one) who live and breathe the world of the PTAB.  But Aqua’s impact extends to all types of patent disputes, including strategy and tactics related to court proceedings and USPTO proceedings.

Rick will be moderating two webinars which are intended to explore the impact of Aqua.  Here are signup links to the two webinars:

Here is a quotation from an email that one of my colleagues sent to a client today:

We received a telephone call from the Examiner in the subject application.

The Examiner confirmed that the mention of a rejection under 35 U.S.C. 101 in the recent office action was a typographical error.

Wow, it would be so nice to receive more such phone calls!  I do think that such telephone calls would promote science and the useful arts. 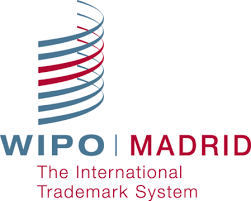 A member of the Madrid Protocol listserv asked:

I would like to file an e-subsequent designation for India.  The country of origin is the EU and the owner is in an EU-member country.  A [Madrid Protocol] application was filed in 2011 designating countries other than India.  On the e-Subsequent Designation application page, a number of countries are listed from which to choose to designate protection.  India is NOT listed as one of those countries.  Am I missing something?  Does anyone know why India does not appear in the list of countries to designate subsequent protection to?

I was fascinated to learn why it is that India is a member of the Madrid Protocol and yet an owner of an International Trademark Registration might not be able to carry out a subsequent designation to India. The explanation also offers a reminder how important it is to use an e-validated filing tool from WIPO rather than filing on paper. END_OF_DOCUMENT_TOKEN_TO_BE_REPLACED

We are all familiar with systems that force the user to select a password using a complexity rule.  You know, the rules that say that the password is required to contain an upper case letter and a lower case letter and a numerical digit and at least one character that requires at least two hands to type on a keyboard.

And we are all familiar with systems that force the user to change his or her password frequently — every few months for example.

It turns out that these rules are outdated and should be scrapped.

END_OF_DOCUMENT_TOKEN_TO_BE_REPLACED

Logo of the Eurasian Patent Office

The good news is that on November 1, 2017, the Eurasian Patent Office (EAPO) will join DAS.

EAPO will participate with DAS in both directions:

The participation will include color documents as well as gray scale and black and white documents.

This is very good news.

Perhaps the biggest patent office (in terms of volume of patent filings) that has not yet joined DAS is the European Patent Office.  Here is a set of slides which EPO presented in May of 2015.  At slide 8, the EPO said:

It will surely be a welcome development when EPO joins DAS.

Another welcome development will be when EUIPO joins DAS, which will facilitate exchange of priority documents for the purpose of industrial design applications. 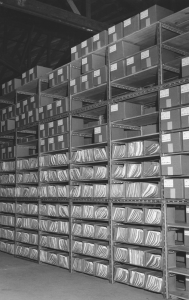 In the EFS-Web listserv, a practitioner posts this question:

We have decided to go paperless for the future and to destroy all of our archived paper files for the period since every application appears on the PTO PAIR Image File Wrapper. Does anyone know what date the PTO began imaging every application filed? I know for a while they were going back and imaging some files, but not all. I want to know after what date we can be confident that the image file wrapper is in PAIR.

In this blog post I will try to answer the “what date” question and I will offer a thought or two about how a practitioner might decide which files can be destroyed.

END_OF_DOCUMENT_TOKEN_TO_BE_REPLACED

It will be recalled that on September 1, 2017 the search fee paid by US filers of PCT applications for the EPO searching authority increased from $1992 to $2099.  Now it has been announced that on December 1, 2017 this fee will increase again, this time to $2238. END_OF_DOCUMENT_TOKEN_TO_BE_REPLACED

END_OF_DOCUMENT_TOKEN_TO_BE_REPLACED 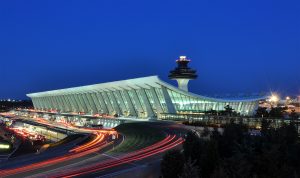 If, like me, you often fly United Airlines to and from Washington, DC, then you have, like me, spent time in the C and D concourse of Dulles Airport. And you have some sense how decrepit and discouraging that concourse is.  The main terminal was designed in 1958 by famed Finnish-American architect Eero Saarinen, and it is highly regarded for its graceful beauty, suggestive of flight.  But passengers spend little time in the main terminal.  For United passengers, most time is spent in the C-D concourse. END_OF_DOCUMENT_TOKEN_TO_BE_REPLACED