Skip to content
On September 25, 2018, the Government of Malawi deposited its instrument of accession to the Madrid Protocol with WIPO’s Director General, making Malawi the 102nd member of the Madrid System, which now covers 118 countries. The Protocol will enter into force for Malawi on December 25, 2018.

It is recalled that the Patent Cooperation Treaty entered into force on January 24, 1978, initially with 18 contracting states.  But perhaps not all readers appreciate that Malawi was one of those initial 18 contracting states for the PCT!  Saying this differently, Malawi was more trendy, modern, and up-to-date about the PCT than most of the 152 present-day members of the PCT.  Nobody joined PCT sooner than Malawi!

The two-letter code for Malawi is “MW”.

Each RO determines its own conditions for “competency”.  In the case of RO/US, the two ways that the RO might decide that it lacks competency as to a particular PCT application are:

Either of these situations will prompt RO/US to transfer a particular PCT application to the RO/IB.

END_OF_DOCUMENT_TOKEN_TO_BE_REPLACED

I’ve received many questions from people who have tried to use the “new, safer and simpler log-in” for PAIR and EFS-Web.  (See the big blue footer that now appears whenever you try to use PAIR.)  Here’s what one very experienced USPTO customer asked me:

Last week I set up two-factor authentication with MyUSPTO, following the USPTO’s instructions.  Recently the big blue banner started appearing and I figured I had better start using the newer, safer and simpler log-in.  So today I needed to e-file form SB39 in one of my cases.  This is my time to try out the newer, safer and simpler log-in, right?  I logged in at the USPTO web site using my MyUSPTO user ID and password.  So far, so good.  Over on the right side, it says “File patents with EFS Web”.  So now that I have logged in, I click there and I reach the “unregistered e-filers” page.  There are some links but none of them will get me to the “registered” EFS-Web.  Finally I give up on MyUSPTO and I click on the old-fashioned link on the upper left and I click on “eFile (registered)” and that got me to the familiar old Entrust Java Applet page.  I e-filed my form SB39.

When that was done I went back to the MyUSPTO home page again hoping to figure out how I might have gotten to the “registered” EFS-Web page.  What did I miss?

A long time ago the way to log in was with a user ID and password.  Then people started using two-factor authentication (2FA or “something you have, and something you know”).  USPTO’s particularly poor choice for 2FA was the Entrust Java Applet.  After a while some organizations started using a text message on a cell phone as the second factor.  This turns out to be a really poor choice as well because it is very easy to hack.

The smart way to do this nowadays is TOTP (time-based one-time password).  For most people the way you do this is to install an authenticator app onto your smart phone, and you scan a QR code.  The app displays a six-digit code that changes every thirty or sixty seconds.  The code is the second factor.

The point of this article is to invite you to consider smarter ways to do TOTP. END_OF_DOCUMENT_TOKEN_TO_BE_REPLACED

You’ve received the scary emails from USPTO, and the scary pop-up messages in PAIR, saying that “you will need to use a newer, safer, and simpler log-in … beginning in October 2018”.

I am delighted to be able to report that the Oppedahl Patent Law Firm LLC listservs are working again.  Just now I successfully migrated the listservs from a previous hosting provider to a new hosting provider.

If you are a member of one or more of the listservs, you should have received one or more test emails in recent minutes, letting you know that the listservs are working again. END_OF_DOCUMENT_TOKEN_TO_BE_REPLACED

If you were already planning to select IP Australia as your international searching authority, and if you are able to postpone your filing until October 1, you have an opportunity to save $91.

It’s test car time of year again for Summit County, Colorado.  Here are ten of the approximately sixty camouflaged cars swarming around the streets and highways and the mountains of Colorado this week.  They are testing next year’s car models to see how they perform in the thin air at an elevation of 9000 feet (2700 meters) or higher.

It’s not only that camouflage wrap is laid onto the cars.  There are also fake body panels and bumps and contours taped into place under the camouflage wrap.

This is all to protect the industrial designs — postponing for as long as possible the day when a competitor will get to see exactly what next year’s models look like. 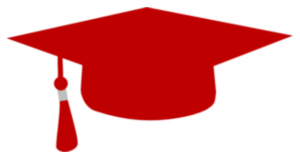 One month remains, folks, to sign up for my PCT seminar that will take place in Silicon Valley, California, on October 16-18, 2018.