If your path for getting a US patent from a PCT application is entry into the US national phase, keep in mind that the Patent Prosecution Highway is a joke these days. END_OF_DOCUMENT_TOKEN_TO_BE_REPLACED

(Corrected September 1, 2019 to reflect that the telltale Microsoft Word file-type icons appear in the Patentcenter e-filing system, not in EFS-Web.)

USPTO presents patent practitioners with a choice of two filing paths — Microsoft Word and PDF.  If you e-file a Microsoft Word file, then that’s what USPTO wants.  If you want to use a word processor other than Microsoft Word, then you face two possible paths.  One path is that you save your patent application as a PDF.  USPTO has proposed that you would have to pay a $400 penalty for e-filing the PDF.  The other possibility is to export your patent application in a DOCX format from your non-Microsoft-Word word processor.  You would then upload the DOCX file to EFS-Web or to Patentcenter (in alpha-test), and EFS-Web or Patentcenter would render the file into a PDF.  You would then be expected to proofread the PDF carefully to detect the corruptions (and there would often be corruptions, documented here) introduced by USPTO’s failure to correctly handle DOCX files generated by word processors other than Microsoft Word.  Here is the adhesion contract that EFS-Web or Patentcenter asks you to agree to:

The PDF(s) have been generated from the docx file(s). Please review the PDF(s) for accuracy. By clicking the continue button, you agree to accept any changes made by the conversion and that it will become the final submission.

Again, if you wished to avoid this malpractice risk, you need merely take either of two precautions:

USPTO disingenuously suggests that there is some uniform “DOCX standard” and that somehow all word processor files that have file names ending in “DOCX” will look the same when e-filed in EFS-Web or in Patentcenter, regardless of the particular word processor that was used to create the word processor file.  This is factually false.

USPTO’s disingenuousness is highlighted by the icon that USPTO uses in Patentcenter to identify the type of file that the practitioner has uploaded.  You can see it three times in this screen shot.

Yes, USPTO uses the Microsoft Word branded icon to identify the file type for the word processor file that the user has uploaded (that happens to have a “docx” file name extension).  For this particular screenshot, the DOCX files that you see are files that I created using Libre Office.  But did USPTO use a Libre Office branded icon for those files?  No!  USPTO used the Microsoft Word branded icon for those files.  You can see it right there in the screen shot, three times.

If USPTO were really dedicated to trying to accommodate users of word processors other than Microsoft Word, we would not be seeing the Microsoft Word icon three times in this screen shot.

Let’s see whether someone at USPTO who is responsible for Patentcenter reads this blog and decides to take corrective action.  Let’s see how long it takes for USPTO to change Patentcenter so that it uses an icon that is not Microsoft branded to identify the DOCX files that users upload to Patentcenter.

For any blogger the really fun news is learning that some other web site has made a link to the blogger’s blog.  Many bloggers use plugins to try to notice when a visitor arrived because of a referral from another web site.  The other day my plugin told me that alert reader George Morgan had done me the honor of mentioning this blog when listing on Quora what he considered to be the best blogs on patents.

Thank you George for the shout-out!

I am trying to maintain a list of such sites here.

The Korean Intellectual Property Office has quietly rolled out several very nice features in its ISA and IPEA service.  PCT filers who pick ISA/KR or IPEA/KR will want to familiarize themselves with these very nice features. END_OF_DOCUMENT_TOKEN_TO_BE_REPLACED

You can see comments which people have submitted to USPTO’s proposed penalty for non-DOCX filings.

Unfortunately the way the Notice of Proposed Rulemaking is written, it mixes together many different issues. So it’s not easy to pick out the comments that particularly address the proposed penalty for non-DOCX filings.

Here are some comments that address this issue: 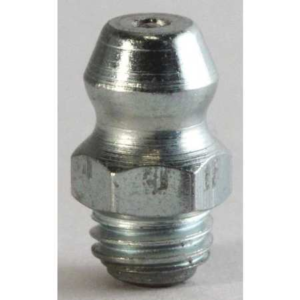 Okay, loyal readers, who among us knows the name of this fitting? I first encountered these fittings a very long time ago, when I was about ten or eleven years old. If you know what this kind of fitting is called, please post a comment below.

On May 23, 1990, patent attorneys entered the mainstream. This happened in Season 1, Episode 7 of Twin Peaks.  In this television series, the character Nadine Hurley has invented a completely silent drape runner.  Unfortunately her patent application was rejected.  Her husband Ed, played by Everett McGill, tries to comfort her, as seen in this six-second video clip.

Nadine, there’s plenty of patent attorneys. We just got to keep on looking till we find one that understands drape runners. 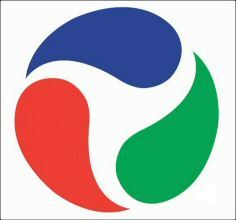 There are three intellectual property classification systems named by the city in which the system was established. Can you name the three systems? END_OF_DOCUMENT_TOKEN_TO_BE_REPLACED

The National Institute of Industrial Property of Argentina (“INPI-AR”) will soon join the DAS system. END_OF_DOCUMENT_TOKEN_TO_BE_REPLACED

(Update:  Just as predicted, the Examining Attorney has refused registration in view of this earlier trademark application.  You can see the update here.)

Earlier today I wrote a blog article about a trademark application that had been filed by Ohio State University for the word “the”.  I predicted that it would get refused as “merely ornamental”.  But alert reader Edward Weller drew my attention to an earlier trademark application in which someone else also seeks trademark protection for the word “the”.  You can see the TSDR record here. END_OF_DOCUMENT_TOKEN_TO_BE_REPLACED