Hello folks.  It will be recalled that the Commissioner for Trademarks has shown an extremely strong interest in knowing where you sleep at night, if you happen to be an applicant in a trademark application.  And in a brief filed yesterday at the Court of Appeals for the Federal Circuit, the Commissioner has now doubled down on demanding to know where you sleep at night.  END_OF_DOCUMENT_TOKEN_TO_BE_REPLACED

The Monaco Industrial Property Office of the Business Development Agency, having joined the DAS system, is now trendy, modern, and up-to-date.   (I first reported this to you on December 5, 2022.) END_OF_DOCUMENT_TOKEN_TO_BE_REPLACED

I imagine many readers of this blog have some idea how a clamp-on AC ammeter works.  You have some wire with AC current in it, and you open the jaws of a clamp-on meter and you close them around the wire.  The alternating current makes a constantly changing magnetic field around the wire.  It is a fairly realistic goal for the jaws to capture basically all of the lines of (constantly changing) magnetic flux surrounding the wire.  If you have the luxury of being able to assume that the frequency is known (and depending on the continent where you are located, this may well be a safe assumption), you can proceed in a very straightforward way to design a simple and inexpensive and quite accurate AC ammeter. I have had this Micronta (Radio Shack) meter (seen at right) in my tool kit for some fifty years now, and it has served me very well.

The 2022 US utility patent, US design patent, US plant patent, and US trademark registration toteboards are now published.  You can see them here:

I am grateful as always to the hundreds of firms that contributed their numbers to these toteboards.

Here is what we have so far:

Get your numbers in.  The response forms will stop taking responses at the close of business today, Tuesday, January 24, 2023.

One of my pastimes is trying to guess which sound bites, if uttered at a cocktail party, might lead to the turning of heads and might lead to other party guests clustering around with great interest.  (See past blog articles.)  Here is another:  diatomic carbon.  END_OF_DOCUMENT_TOKEN_TO_BE_REPLACED

USPTO made a wrong decision just now.  Monday morning is absolutely the wrong time to take down Patentcenter for maintenance.  END_OF_DOCUMENT_TOKEN_TO_BE_REPLACED 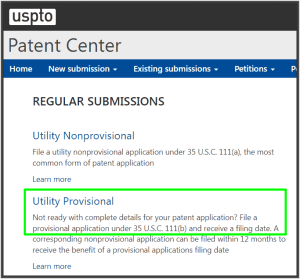 I wonder if this language on the USPTO’s Patentcenter web site is bad legal advice?  The e-filing system asks “Not ready with complete details for your patent application?”  And the answer the USPTO gives is that if you are “not ready with complete details” then what you should file is a provisional patent application.  END_OF_DOCUMENT_TOKEN_TO_BE_REPLACED

The religious scholar Maimonides from 900 years ago (Wikipedia article) wrote about lots of things including the best kinds of charity.  He fingered a telltale:  what if the donor gives anonymously?   The anonymous gift of charity is the highest kind of charity, said this religious scholar.

Which brings me to the strong emotions that I felt as I read a flurry of recent news stories about a fellow in a rural part of Alabama who did not have very much money, but who (after his recent death, it comes out for the first time) had been dropping by a local pharmacy for some ten years and had been handing the pharmacist a $100 bill each month with instructions that the money should be applied toward prescriptions for people who could not afford their drug prescriptions.

One of his very strict instructions to the pharmacy was that nobody was to be told where the money came from. END_OF_DOCUMENT_TOKEN_TO_BE_REPLACED