(Summary:  Install Android Pay on your smart phone and use it, because it is trendy and modern and up-to-date and greatly reduces the risk of someone misusing your credit card information.) 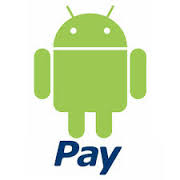 as that Softcard, the non-Apple digital wallet, had bitten the dust, and that Google had rather carefully not actually purchased Softcard but instead merely purchased its IP (mostly, its pending patent applications).   This left Google Wallet as the successor app for Android phones.  Google Wallet was decidedly clunky in several ways.  Industry observers stood around waiting for Google’s next step, whatever it might turn out to be.  Now we can see Google’s next step.  It is Android Pay.Android Pay is what Google Wallet should have been.  You link up your favorite credit cards and debit cards to Android Pay, and you “tap and pay” at retailers.  The merchant gets paid, and you do not incur any cost other than the charge to your credit card that would have happened anyway if you had swiped instead of tapping.  Most importantly, your credit card number does not get transmitted “in the clear” for criminals to intercept.  Instead the Android Pay app generates a one-time code, called a “token”, that passes through the system and can be used only once.  If a criminal intercepts the token, he or she cannot accomplish anything with it because it cannot be used a second time.

In this way Android Pay offers the same “tokenized” benefits that Apple Pay has been providing for a year now.  If you have an Android phone, you have not been able to use Apple Pay, and so Android Pay is welcome news.

I expect that the date of Google’s launch of Android Pay, namely now, is no accident.  Within the next few 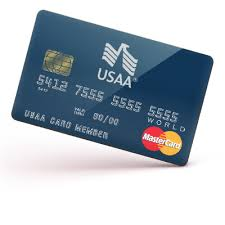 weeks, every credit or debit card card in your wallet that does not already have a “chip” in it will get replaced with a chip card (see sample at right).  And within the next few weeks, every merchant, large or small, that takes credit cards will replace its existing credit card swipe terminals with super-expensive new terminals that can read the chips and that can swipe the cards that remain that fail to have chips on them.  (Merchants hate this because the terminals are super-expensive, but they are forced to do it because otherwise starting in October 2015 they will be held liable for credit card that could have been prevented if the merchant had used a chip reader.)

There must be some trade association for owners of gas stations in the US.  I say this because somehow the new rules that shift fraud risk to retailers in October 2015 (thus forcing the retailers to scrap their old terminals and purchase new ones by October 2015) contain a carve-out that exempts gas stations from the fraud risk rule change until October of 2017.  The only way this carve-out could have happened is that some trade association with a lot of clout managed to make it happen.

Now back to the point.  The point is, we all want to be trendy, modern, and up to date, right? If your phone has NFC, and if it is using Android, right now is the smart time to download Android Pay from the Android Play Store.  If you were already set up for Softcard (or its predecessor Isis), and if you then migrated to Google Wallet, then you can migrate to Android Pay and it will be pretty easy.  But even if you don’t have any history with Google Wallet or Softcard or Isis, it’s actually very easy to configure Android Pay and load your credit cards into it.

It will still be good to get the cards in your wallet migrated to chip cards, for at least two reasons.  First, some merchants even now do not accept “tap to pay”.  At those merchant locations you are going to want to use your chip (rather than swiping your card) because the chip is much more secure compared with a mag stripe.  A criminal can’t make much use of the chip data as compared with making use of the (unencrypted) mag stripe data.

A second reason is that if you travel in Europe or other places outside of the US, the chip will work at lots of merchants where the mag stripe will not.