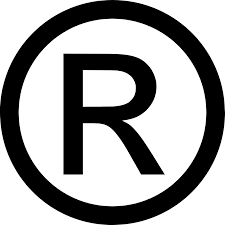 How long does it take the Trademark Office at the USPTO to issue a Certificate of Registration?  That is to say, once an opposition period has concluded with nobody having filed opposition, how much time goes by before the USPTO actually grants the registration?  Is it sometimes slower?  Sometimes faster?  The amount of delay turns out to be extremely predictable.

We looked through seven of our recent cases.  Each of these was either a 1a case (use-based) or a 66a case (Madrid Protocol).  In each case, once the opposition period ended, it was a rock-steady 47 days — no more and no less — and then the USPTO issued the registration certificate.

As I say, the cases in this table included both 1a and 66a cases.  Thus I might have expected a different period of delay depending on whether it was a 1a case or a 66a case.  I have in mind a particular reason why I expected the period of delay to be shorter for the 66a cases.  But it was all the same.  47 days no matter which filing basis applied.

I wonder which alert reader can guess what my reason was for thinking that the delay for the 66a cases would have been shorter.  The first reader to post a comment below which correctly guesses why I thought it might be that way, will win a prize.

« A chance to save a little money on search fees
Serial number? Application number? »