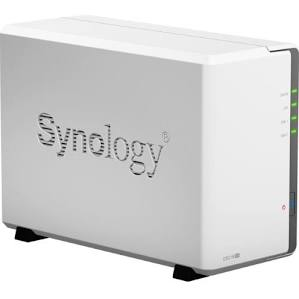 Our office, like most offices these days, is paperless.  (Well, not exactly paperless.  We go through many reams of paper per week.  But I digress.)  Being paperless, our important files are all maintained on file servers.  Imagine how one’s office would be brought to its knees, or worse, if a such electronic files were to be lost!  Which brings me to the concept of monthly disk health reports.

We start with the concept of RAID (redundant array of inexpensive disks).  The general question is how to reduce to a minimum the risk of loss of data due to disk failure during some specified time interval (say, five years).  You could attack this risk by saying that you will spend however much money is needed to construct a single disk drive that would have an acceptably low risk of failure during that interval.  It turns out that this is a losing game.  No matter how much money you spend on a single hard drive, you will not reduce its risk of failure to a small enough level.

The genius of RAID is to set up an array of two or more disks with clever hardware and clever algorithms so that within the array, any particular item of data is stored at least twice.  The notion is that the loss of any one disk drive within the array will not give rise to loss of any data.  The further assumption is that if any drive within the array were to fail, the user will replace that drive right away before any second drive in that same array were to fail.  (Such a second drive failure, if it were to happen too soon on the heels of the first drive failure, would lead to loss of data.)  The RAID concept permits the use of drives that are not so very expensive, while providing reliability that exceeds that of even the most expensive drive that money can buy.

The alert reader will appreciate that this RAID concept delivers on its promise only if it can be assumed that with any two drives, the failure rates are uncorrelated.  If there were some reason to fear that both drives might fail on the same day, then the RAID array would be no more reliable than any one of the drives.  For this reason the person who is constructing a RAID array will take pains to ensure that the two drives in the array were not manufactured (for example) on the same day in the same factory (and thus might have in common some latent weakness due to something bad that happened in the factory on that day).

If you look around, you will find that the companies that make disk drives offer various levels of claimed reliability, for a price.  An ordinary 4-terabyte drive with a rated MTBF of five or ten years might cost $90.  But the same manufacturer might offer a so-called “NAS drive” which has a rated MTBF of one hundred years, for around $140.

Having said all of this, it would be really good if there were a way to get early warning of the possibility that a particular drive might fail.  With such early warning, one could make sure to have a spare drive readily at hand so that it can be swapped into the array on short notice.  Or one might take the prophylactic step of swapping the new drive into service before failure.  Wouldn’t it be nice to get early warning like this?

These reports are sort of like golf scores — smaller numbers are better.  What you would like to see is a “zero” for each counter.  If you receive a report with numbers bigger than zero, this is an indication that a particular hard drive might be getting ready to fail.  This particular monthly report is completely good news.

Of course RAID by itself is not enough to secure one’s files in a paperless office.  Any particular server could, for example, have the bad luck to be located in a building that catches fire and burns down.  So there will also be some kind of automatic offsite backup.  Maybe the offsite backup will be carried out daily.  These days there are systems that carry out the offsite backups in real time.  Of course the backup needs to take place by means of an encrypted data channel.  (One would not want it to be possible for an eavesdropper to see the files that are being backed up by means of the data channel.)

How do you select the drives that go into your RAID arrays?  Do you pick different brands?  Do you use NAS-rated drives?  Please post a comment below.