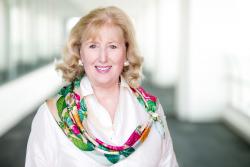 (Note:  All users of Feathers! need to read all of this article.)

The old aphorism asks “what weighs more, a pound of feathers or a pound of lead?”  And of course the answer is they weigh the same.  But when it comes to the Feathers! software, today we have a metaphor.

What got me thinking in a philosophical way about this was that late yesterday the telephone rang in my office, and it was the Commissioner for Trademarks, Mary Boney Denison, calling for me.

The Feathers! software sends queries to the Trademark Office systems and it gets responses.  It compares the status of each file at the USPTO with the status the way the file was at the USPTO the previous time that the user ran Feathers! As mentioned above, this among other things permits a user to learn when a case has been “approved for pub”, which is a development that is not very easy to learn about in any other way.

What most trademark practitioners started noticing, about a year ago, was that the TSDR system at the USPTO was having trouble.  You might for example look up a trademark application in TSDR and try to view a document, and the document would not load.  This also made it very difficult for Feathers! to do its job because the USPTO systems often timed out rather than responding to the Feathers! queries.  What the USPTO explained some months ago to its user community is that there was some very aggressive data mining going on and this was really slowing down the USPTO systems.  USPTO has by now been struggling with this for many months.

So back to today’s telephone call from the Commissioner for Trademarks.  She was calling to let me know that the USPTO was going to have to pull the plug on the programming interface that Feathers! uses.  The reason for this is not that the Feathers! users are harming the USPTO’s systems, but that in recent days the data miners have been making so many high volume queries to the USPTO’s systems that it is a really big problem, even worse than before.  The situation, she told me, is so bad that it has propagated back to the servers that the Examining Attorneys use.  She explained that the Examining Attorneys are not able to do their jobs because they cannot look things up in their own internal trademark database systems.

So, Commissioner Denison explained in today’s phone call, the USPTO will have to pull the plug on most outside access as a way of blocking the data miners.  This, she explained, will unfortunately also pull the plug on the Feathers! users.

Now of course this is unhappy news for the many hundreds of Feathers! users who rely on Feathers! to do their jobs and to take care of their clients.  But we all understand that the USPTO needs to do what it has to do to restore normal function to the systems that the Examining Attorneys rely upon.

What is so very nice and refreshing about this is the courtesy of the Commissioner for Trademarks personally placing a telephone call to let the Feathers! community know about this development.

Returning to the metaphor.  I guess I think of those high-volume data miners as the pound of lead, and the users of Feathers! as the pound of feathers, something like that.  Not that the metaphor actually adds any clever insight into the situation.  But the aphorism sort of popped into my head a few minutes after I said thank you yesterday evening to the Commissioner of Trademarks.

What should Feathers! users do next?  The main thing is that those who have not already done so should join the Feathers listserv.  Through that listserv, the community of Feathers! users will be able to keep in touch with each other to react to these developments.

2 thoughts on “A Pound of Feathers!”