A week ago I blogged that we migrated our OPLF speed test from our office in Colorado to a server farm in Arizona.  At that moment our speed test was on a box that was connected to the rest of the world through 100base-T ethernet.  That meant that the fastest speed you would ever see in the speed test is 100 Mbps.  If your own Internet connection happened to be faster than 100 Mbps, then our speedtest would give you an unnecessarily pessimistic sense of the speed of your Internet connection.  Just now we took a step that removes this unnecessary pessimism.

The development is that yesterday evening we moved our speed test from one box to another in the server farm in Arizona.  The new box is one that our hosting company said is connected to the rest of the world through 1000base-T ethernet.  So if your own Internet connection is as fast as gigabit speed, there is the chance that our speed test will deliver really impressive numbers. 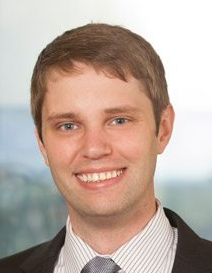 Which brings us to trendy, modern and up-to-date member of the e-Trademarks listserv Steven M. Espenshade.  He is a member of the very well-known trademark law firm Pirkey Barber.  What you can see from the screen shot above is that Pirkey Barber made smart use of its opportunity to subscribe to Google Fiber at its office in Austin, Texas.  Steven’s speed test shows a result of 982 Megs down and 979 Megs up.  Not only that but it will be appreciated that Pirkey Barber must also be running gigabit ethernet within its office to computers including Steven’s computer.

From my own point of view this offers the reassurance that our hosting company is not making this up when they tell us this box has a gigabit connection to the Internet.  And it reminds us that there are trademark firms that are trendy, modern and up-to-date in their Internet connections.  Well, and in this case chalk it up as well to good luck to Pirkey Barber to be located in one of the only about two dozen cities where Google Fiber is available.

A key thing is not to be using wifi when you do a speed test like this where you are trying to get close to gigabit speed.  You pretty much have to have a hardwired connection to your router.

If you do a speed test to our server and if you get numbers close to gigabit speed, please post a comment below, mentioning the Internet service provider that you are using.