New users of Patentcenter will learn soon enough that there is a way that Patentcenter breaks USPTO’s own rules.

If there’s anything that patent practitioners learn the hard way, it is that the USPTO systems ruin any PDF that contains color or gray scale when the PDF gets loaded into IFW.  I documented this back in 2006 as you can see here.  USPTO recognized this (EFS-Web guidelines) at least as long ago as 2008:

Text of other colors [other than black] may not convert to image properly, resulting in unreadable or invisible text.

So imagine how disappointing it is to see that the designers of Patentcenter have set it up so that every single form generated by Patentcenter for loading into IFW is filled with color and gray scale!  Which violates USPTO’s own rules for images to be e-filed in IFW.

I am not making this up!  See quoted above a portion of a form that Patentcenter created and loaded into one of my applications today.  As you will see, Patentcenter rendered the confirmation number in gray scale, which then got half-toned on its way into IFW, and is now nearly unreadable. 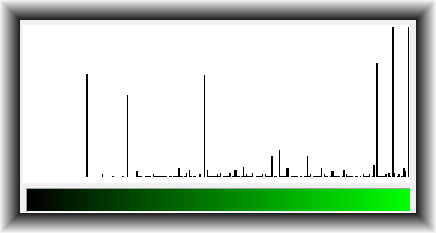 What is quoted above is the pre-mangled version of the Patentcenter-generated document.  Once the USPTO systems loaded it into IFW, it got mangled into this:

As you can see the “CONFIRMATION #” part did not get mangled, but we already knew what that part would say.  What got mangled was the four digits of the confirmation number.

What we have is a situation where Patentcenter generates documents that are perfectly readable on the screen at the time that you and I have just clicked “submit”.  Such documents include acknowledgment receipts, money-payment receipts, web-generated forms 85B for issue fee payments, and auto-granted petitions.  In each case the document is perfectly readable to the user just after you have clicked “submit”.  So you might figure “hey I am not going to need to do a screen capture on this thing”.  You might figure “if I never need to see this document again I can just go to IFW and get a copy”.  But if so, you would figure wrong.

This mistake in the design of this aspect of Patentcenter — that it generates documents that will be nearly unreadable later in IFW — is a mistake that I pointed out to USPTO people more than a year ago.  A year has passed and this mistake has not yet been corrected.  (This is trouble ticket number CP3.)