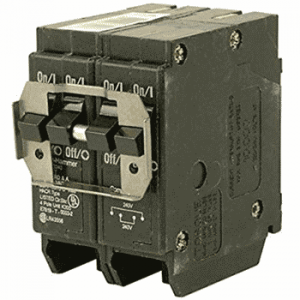 To answer this question, we start by recalling that in building construction there is a distinction between “new work” and “remodel work”.

The situation right now in September of 2021 is that apparently approximately everyone (I am exaggerating slightly as to how many people this is) has suddenly decided that they need to install an EV (electric vehicle) charger somewhere.  Maybe it is in their garage, maybe it is in their carport, maybe it is on the side of their house adjacent to a driveway.  And right now in September of 2021, the type of EV charger that apparently everyone has decided they want to install is a so-called “Level 2” charger.  When we say Level 2 charger, this is geek speak and in plain language we mean “a charger that has big fat wires and puts really a lot of electricity into an electric car really fast compared with a plain old-fashioned electrical receptacle.”  Returning to geek speak, we mean “a charger that is connected with two six-gauge electrical wires to a two-pole 50-amp circuit breaker so that it gets 240 volts”.

When the homeowner decides this, they do two things.

First they click around in Amazon and they discover that all of the brand-name really good Level 2 EV chargers are sold out or are back-ordered.  (Funny thing about how it works if you don’t get a clue about something until after almost everybody else already got a clue about it.)  So what is left if you want to get an EV charger delivered with Amazon Prime in just a few days is your choice of three things — a much slower EV charger (maybe only 40 amps or 30 amps or 20 amps), or an EV charger from a brand name that you never heard of before, or even an EV charger that as far as you can tell does not even have a brand name.   (I recommend you stick with one of the brand-name chargers and put in a back order.  My favorite is the Chargepoint Home Flex.  I have been using two of them for many months now.)

The second thing the homeowner does is hire an electrician whose job it will be to try figure out how to provide 50 amps of 240-volt electrical power by means of some six-gauge wires to the place where the EV charger is going to be installed.

Yes, sometimes the electrician is lucky and it turns out that there are some vacant positions in the circuit breaker panel, so that it is super easy to just plug in a regular old 2-pole 50-amp circuit breaker.  This gets plugged in the same way it would have been plugged in for “new work”.

(Some people who make provision for an EV charger seem to think that the smart way to do it is to install a big electrical receptacle, and to plug the EV charger into the receptacle.  My own view is that this is almost never the best way to go, and that almost always the best way to go is to hard-wire the charger.  I feel this way because you save the cost of a very expensive GFCI circuit breaker if you hard-wire the charger, and because the hard-wiring probably permits you to operate the charger at 48 amps instead of a mere 40 amps.  But I diverge.)

Returning to the point of the blog article.  The situation in September of 2021 is that in general, if you try to purchase one of these quad two-pole common-trip 50-amp circuit breakers, you will not succeed.  And I think a chief reason for this is that last week and last month and the month before that, almost every figured out (before you did) that they wanted to do a remodel project to install a Level 2 EV charger.  It looks like nearly all of the quad two-pole common-trip 50-amp circuit breakers in everybody’s inventory got purchased last week or last month.

Alert readers will be aware that there was a sort of battle that took place about a year ago in the murky world of state and national electrical codes.  Some factions wanted to write into the new electrical code that when a new house is being built, it would be required to be wired from the beginning (during the “new work”) with appropriate wiring for a Level 2 EV charger.  (The EV charger would not need to be installed, but the wiring would have to be in place for it.)  But another faction (the big companies that build low-cost tract housing developments) tried to kill this because that would add to the cost of the homes.

Yeah, right.  We are talking about maybe $15 worth of electrical cable, if purchased in bulk, and some very modest labor cost if you run it through the walls while they are still open during the construction as compared to doing it as remodel work.

My hope is that most states and localities will adopt such a requirement in their electrical codes whenever their next revision cycle comes around.

3 Replies to “A hard-to-get circuit breaker”