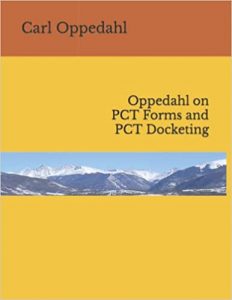 Here is a book that I think you should add to your bookshelf:  Oppedahl on PCT Forms and PCT Docketing.

You can see it on Amazon here.

For each of fifty forms, we discuss what docket should be set or cleared when the form arrives. We discuss what to look for in the form that might indicate that some further action is required or some particular docket needs to be set. We identify combinations of events which require “calling a meeting” because some docket failure has occurred or there is reason to worry that other files in the office might require review to see if a similar failure has occurred. The forms discussed include: