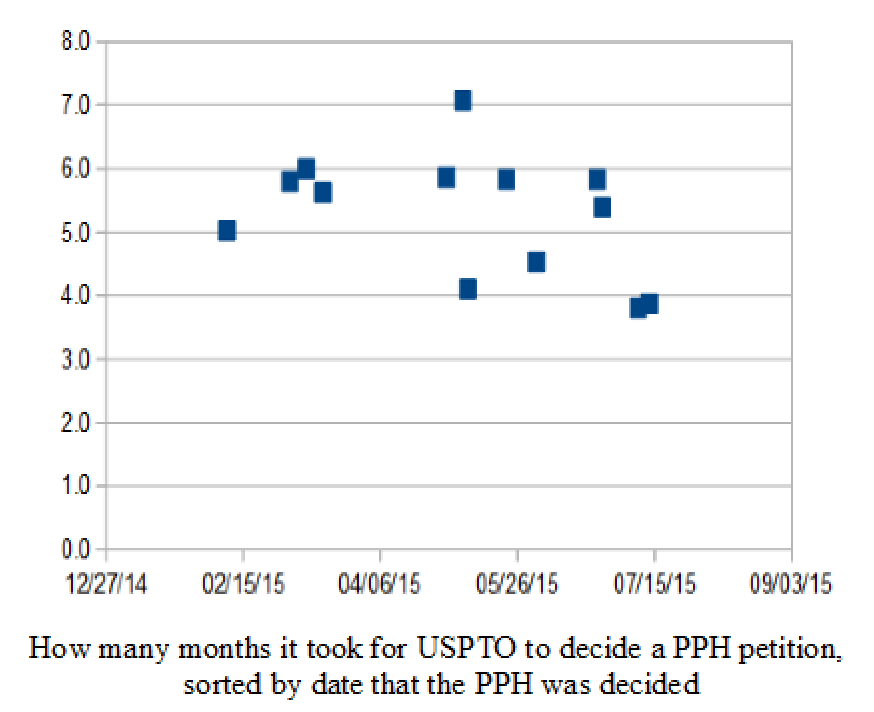 As you can see from the graph, the most recent two PPH grants that we received (just within the last two weeks) were grants of petitions filed less than four months earlier.  For quite a long time the USPTO had pretty consistently been taking six months to get around to examining a PPH petition.  Four is a smaller number than six.  So maybe things are getting better.

« EPAS gets smarter
“Checking the box” now being litigated »

One thought on “USPTO being less slow in deciding PPH petitions?”