About 178 cities around the world, in 56 countries, have subway systems.  Dozens of airports also have underground train systems connecting concourses and terminals.  Go to any of these cities, any of these airports, and ride the subway, and if you pay close attention you will notice that if two stations are at about the same elevation, there will almost always be a contour like what you see in the figure.  The train departs from station A and goes down a short decline.  Then the track might be completely level for some distance along the path from one station to the next.  Then shortly before arriving at station B, the track goes up a short incline and comes to rest in station B.

Why is there always a decline at A and an incline at B?  Why does the track dip down and come back up? END_OF_DOCUMENT_TOKEN_TO_BE_REPLACED

What follows is a rather long and rambling story ending with an explanation as to why this plaque, which looks big in the photograph but is actually not very big, hangs on the wall of my office. END_OF_DOCUMENT_TOKEN_TO_BE_REPLACED

Maybe some readers of the blog have been on tenterhooks for the past two days, hoping to hear what meal I was eventually offered yesterday on my return flight from Maryland (blog article Hobson’s choice) after attending the sixteen annual Patent Cooperation Treaty Advisory Group Working Breakfast sponsored by the World Intellectual Property Organization. The answer follows. END_OF_DOCUMENT_TOKEN_TO_BE_REPLACED

United Airlines recently started asking its first-class passengers a few days before the flight whether they prefer one entree or the other.  But for me it was a Hobson’s choice. END_OF_DOCUMENT_TOKEN_TO_BE_REPLACED 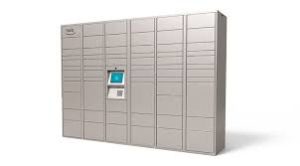 I still vividly recall the first time a hotel annoyed me by charging a package fee.  It was a Hyatt hotel in downtown Chicago; I was attending a professional meeting about twenty years ago.  I had arranged for some courier package to be sent to me, and I had to pay a $15 ransom to get the package. END_OF_DOCUMENT_TOKEN_TO_BE_REPLACED

Consider, though, the possible consequence of poor quality writing in an emergency sign in a public building.  Here, the writer apparently had a goal of letting deaf persons know how to know that there is an alarm:

The insertion of “looks like” needlessly adds a qualification that makes the reader wonder something like this:

I respectfully suggest that the writer could have saved everyone a lot of trouble by coming out and saying it rather than beating around the bush:

ALARM IS A STROBE LIGHT.

IF YOU SEE A VERY BRIGHT FLASHING LIGHT, DO X.

We can also look at the sentence:

Once again I suggest the reader is unnecessarily forced to second-guess along these lines:

Okay, so I am hearing a horn.  It cannot be the alarm, because they said the alarm merely “sounds like” a horn rather than saying that the alarm “is” a horn.  So I wonder what is being communicated by this horn?

Better would have been to say:

ALARM IS A HORN.

IF YOU HEAR A VERY LOUD HORN, DO X.

My favorite travel router these days is the GL-AR750 (pictured at right).  I used to go through travel routers at the rate of several per year, but this one has kept me happy for more than a year now.  In this blog post I will list the functions that you might look for in a travel router and I will describe how this router does at those functions.  END_OF_DOCUMENT_TOKEN_TO_BE_REPLACED

END_OF_DOCUMENT_TOKEN_TO_BE_REPLACED

I recently had reason to connect from one Amtrak train to another at Chicago’s Union Station.  The type of ticket that I was traveling on gave me access to Amtrak’s Metropolitan Lounge in that train station.  My layover was about five hours so I was really looking forward to finding this lounge and taking it easy for a while.  I disembarked from the first train (the California Zephyr from Denver) and found a helpful map (at right).  And promptly got misdirected. END_OF_DOCUMENT_TOKEN_TO_BE_REPLACED

In the early 1980s, “shoulder surfing” was practiced near public pay phones to steal calling card digits and make long distance calls.  In those days, the wary traveler would cup his or her hand around the pay phone keypad so that others could not see the calling card number being keyed in.

How times have changed, as we are reminded by this nice airport amenity — a public telephone offering free calls to any telephone number in the US.  What do you suppose it costs the airport to provide this amenity?   END_OF_DOCUMENT_TOKEN_TO_BE_REPLACED