I was reminded today of one of the benefits of a radio controlled wristwatch. 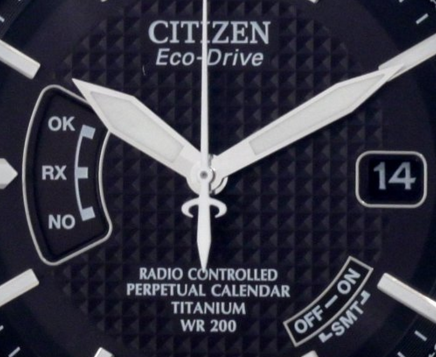 A radio controlled wristwatch contains a sensitive AM radio receiver that picks up radio transmissions from a government time standard such as WWVB.  WWVB transmits digitally coded time signals on 60 kHz.  A watch or clock equipped to receive the WWVB signal can synchronize itself to the government time standard and thus can be consistently quite accurate.

Such a wristwatch is designed to check the WWVB signal in the middle of the night, because night-time conditions in the ionosphere permit such signals to propagate much further than during the day.

There are similar government time standard radio stations in China, Japan, Great Britain, and Germany.  The watch in the photograph picks up the Chinese and German signals as well as the US signal.