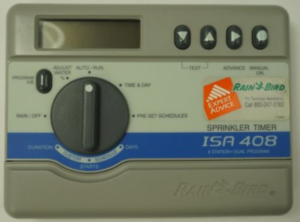 I surfed around and learned that the irrigation controller that just about everybody buys nowadays is from a company called Rachio.  This controller does not really have a screen or keyboard.  You drill holes in the wall, screw the controller to the wall, connect wires to the controller (for example wires to power and to zone valves) and then when this is all done, the instructions say to download an app to your phone and “create an account”.  Which involves agreeing to some terms and conditions, of course. 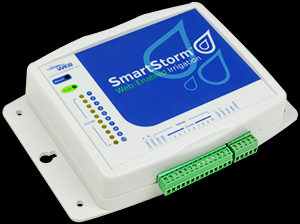 Another irrigation controller that I found is the SmartStorm.  It costs about the same as the Rachio.  This is the one that I eventually selected and installed at my home.

This information allows ad networks to, among other things, deliver targeted advertisements that they believe will be of most interest to you. 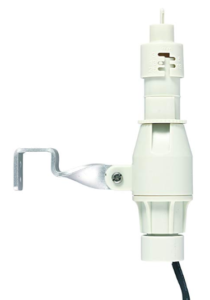 But wait!  What about the feature of avoiding running a cycle when it is raining, or when it is near freezing?  It turns out that even before the Internet happened, there was a way to do that.  The way that you do it is that you purchase and install a $16 sensor like the one in the photograph. You mount this sensor somewhere outdoors and run a wire to the controller.  It senses rain, and it senses the temperature, and it sends a signal to the controller to to tell it to skip a cycle if it is raining or if it is too cold.

And yes you can get the same rebate from the water company if you install this sensor, rather than installing the Rachio controller.

A few other questions come to mind.  Suppose you purchase one of these Rachio controllers, and suppose you get to the part of the process where you are asked whether you agree to the terms and conditions.  And suppose you decide that you are unwilling to agree.  Can you then return the controller to the place of purchase and will they give you your money back?  Will they pay somebody to fill the holes in the wall that you drilled to mount the controller to the wall?

5 thoughts on “Selecting an irrigation controller”