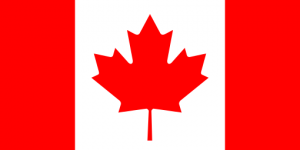 Canada has joined the Madrid Protocol.  The Protocol will enter into force for Canada on June 17, 2019.

Canada deposited its Instrument of Accession on March 17, 2019.  This brings to 104 the number of members of the Madrid system.

The two-letter code for Canada is “CA”.