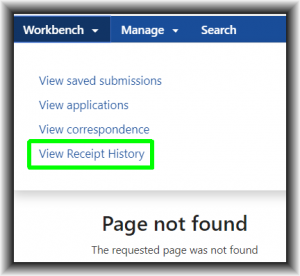 When Patentcenter launched in alpha test in September of 2018, one of the first things that the alpha testers pointed out was that an important feature from EFS-Web was missing — the last 40 acknowledgment receipts.As one of the alpha testers I pointed this out in October of 2018 during one of the first alpha tester focus groups.  The developers had previously told we alpha testers that one of the design goals of Patentcenter was to provide all of the functionality of Private PAIR as well as all of the functionality of EFS-Web.  When I pointed out that EFS-Web had a “last 40 ack receipts” function, the developers seemed baffled as to why any user would have any need for thus function.  It turned out that the developers had somehow determined that users did not actually need the “last 40 ack receipts” function and so had made a very conscious decision not to provide that function in Patentcenter.

A year later, Patentcenter had for some months been in a beta test mode with a limited number of beta users, and the beta users kept asking what had happened to the “last 40 ack receipts” function.  Still the developers stood by their position that users did not really need this function.

On November 20, 2019 Jeff Ingerman pointed out this problem with Patentcenter in Ideascale.  You can see it here.  This was idea number 383.  It received two up-votes.  But that did not lead to USPTO providing that function in Patentcenter.  This offers a reminder of how useless Ideascale has been.

Now today there is a new choice in the drop-down menu for the “Workbench” for a logged-in Patentcenter user.  The choice is “View Receipt History”.  You can see this in the screen shot above.  As of right now the link does not actually work — it goes to a “404 page not found” error.  But I imagine that View Receipt History will eventually provide the “last 40 ack receipts” feature that Patentcenter users have been asking about since a year and a half ago.

« How many 371 cases have been filed thus far in Patentcenter?
Patentcenter Corrected ADS has gone missing »