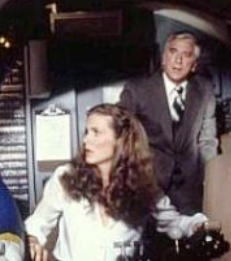 In the PCT listserv, a practitioner recently exasperatedly asked:

What is the protest fee in the International Searching Authority at the USPTO?

The movie Airplane makes clear how such a question should be answered.

Rumack (Leslie Nielson): You’d better tell the Captain we’ve got to land as soon as we can. This woman has to be gotten to a hospital.

Elaine Dickinson (Julie Hagerty): A hospital? What is it?

Rumack: It’s a big building with patients, but that’s not important right now.

So we realize the answer is:

It’s a fee that you pay if you have been invited to pay additional search fees and if you wish to protest the finding of a lack of unity of invention. But that’s not important right now.

Later in the same movie the following exchange occurs:

Elaine Dickinson: You got a letter from headquarters this morning.

Ted Striker: What is it?

Elaine Dickinson: It’s a big building where generals meet, but that’s not important.

Note the particular cleverness that Elaine delivers the straight line in the first exchange, and having learned how to be funny about this, in the second exchange she is the one to deliver the punch line.

Of course there is always the chance, however remote, that the practitioner was really asking something like:

What is the amount of the protest fee in ISA/US?

This turns out to be a very interesting question, and it prompted me to look up and compare the protest fees in each of the twenty-three ISAs. Here is the answer.

The protest fees are, of course, detailed in Annex D of the PCT Applicant’s Guide.  Here are the results for the ISAs that say that they charge a protest fee, ranked from least expensive to most expensive:

ISA/IL actually comes out and says it does not charge a protest fee.

Again, taking as our starting point the Annex D’s from the various ISAs, we find that seven ISAs, namely Australia, Canada, Spain, Finland, Japan, Sweden, and the US, are simply silent on this point in Annex D.   Can the practitioner safely assume that this means you do not need to pay a protest fee if your ISA is ISA/US?

Well, how about USPTO’s table of fees?  Will that tell us?  No, that document is also silent on this point.

You could read line by line through the section of the MPEP (section 1850) that sort of kind of talks about how to file a protest in ISA/US.  The MPEP also never quite comes out and says that you don’t have to pay a protest fee.

So do you need to pay a protest fee if you are protesting in ISA/US?  To see the authoritative answer on this, plug the search terms “protest fee in ISA/US” into Google (try it here).  I think you will find that my own blog article is the top-ranked search result.  It does answer that question.

4 thoughts on “What is the protest fee in ISA/US?”