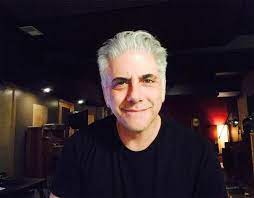 Let’s suppose you spent your formative years listening to music from the 1970’s and 1980’s with Koss Pro-4AA headphones, picking out and memorizing each vocal line, each guitar lick, each drum fill.  Let’s suppose that even now, decades later, you can tap out each drum fill, and you can scat-sing each vocal part, from memory.  And now in 2021 suppose there were somebody who somehow has gained access to lots of original studio multitrack tapes, and who has recorded incredibly perceptive Youtube programs in which he works though dozens of the great songs from that era, highlighting the bridges, the choruses, the verses, and every hook and chord change and suspension that made the song great.

Yes for those who savor recorded popular music, the person to listen to is a fellow in Atlanta who records brilliant Youtube programs in his basement.  The guy is named Rick Beato.  And if you love well-performed and well-produced popular music, you need to click away from this blog article and click over to his programs.

For an intellectual property lawyer, one of the interesting background questions is why his programs don’t instantly get taken down as copyright violations.  And I think I know exactly why they don’t get taken down, and it has nothing to do with copyright law.  I think it has to do with human feelings, as I will explain.

What Rick Beato does is this.  He somehow gets his hands on the original studio multitrack tape that was used for the mixing and production of, say, “Every Breath You Take” by the Police.  I know absolutely nothing about how he got it, but I have to assume that nothing about it was through ordinary music licensing channels.  Anyway, what happens next is that he draws upon his many years of musical training and facility with the guitar and the piano, and his simple human appreciation of how people feel when they hear beautiful music.   And he records a video.

The song that is being dissected might have had a playing time on the radio of three or four minutes.   The video that he releases on Youtube has a playing time of perhaps 45 minutes.   During this 45 minutes, he works his way through the whole song, track by track, section by section, instrument by instrument, voice by voice, lick by lick, hook by hook.  “Let’s solo this drum fill just before the first chorus” he says, and there it is, he has isolated that drum line.  “Let’s hear the brilliant bass player during the bridge” he says, and we hear the bass guitar line all by itself, and then we hear it again overlaid above the drum line.  We already knew that “Every Breath You Take” was a beautiful but deeply disturbing song about an imagined obsession, but now we know just what chord progressions made it work.  We learn from Mr. Beato how Sting started with a completely different vocal track with completely different lyrics!  “Every grave you fill, all the blood you spill, I’ll be watching you.”  Instead of lines ending with words that rhyme with “take” as in the song that we heard on the radio, the original vocal track had lines that ended with words that rhyme with “spill”.

If you love to play the guitar, and want to see the tabulature that some great guitar artist used to accomplish a brilliant lick, watch Rick Beato’s video of the song with that lick in it.  He shows how he replicated the lick on his own pre-CBS Gibson guitar.

If you want to know just what suspension note made it so that some chord sequence caught your emotions just as a vocal phrase peaked before the next vocal line, watch Rick Beato’s video analyzing the song with that suspension in it.  He plays each track, one by one, so that you can see and hear and feel the layers of sound that made it work.

From the point of view of an intellectual property lawyer drawing upon several decades of experience, I cannot shake the initial impression that probably nearly every one of the 130 or so video programs that Rick Beato has published might represent multiple layers of possible copyright violations.  And indeed as I understand it, what has actually happened is that in a few instances, a copyright holder has used the various “takedown” mechanisms on the internet to take down one or another of Mr. Beato’s video programs.

But well over a hundred of the programs are still there, and many of them have been online for several years now.

Why is it that the copyright owners have not unleashed what Groucho Marx called the “ferret-faced lawyers” to attack and destroy these video programs?

I think I know the answer.

I think that on a simple human level, the many creative people who made these songs possible absolutely love Rick Beato’s programs.  I think they feel that no matter what a person might think from the copyright point of view, it is an extremely valuable public service, a valuable educational service, that Rick Beato has chosen to spend all of his time and energy to work through these songs and to analyze them and to dissect them and to pick out the things in the songs that help to explain why they are great songs.

The bass player on Steely Dan’s Kid Charlemagne … yes I suppose some people know his name.  I did not, until I watched Rick Beato’s video program dissecting that song.  On a simple human level, this bass player probably absolutely loves that some listeners get to hear just exactly what he contributed to the first verse of that song, or how he changed the bass line in a subtle way for the second verse of that song.  The drummer probably loves that his fill before the chorus got noticed.  The musical producer who figured out the smart way to mix the tracks at some particular part of the song probably loves that Mr. Beato noticed the smart way that the tracks got mixed.  And when the ferret-faced lawyers contacted Steely Dan and said “shall we proceed with guns blazing against Rick Beato?” my guess is that the musicians may have reacted by saying something along the lines of “hey can we talk first?” followed by something along the lines of “hey can we just look the other way?” followed by something along the lines of “you know we could hire different lawyers if you can’t quite see how we feel about this.”  And I have to guess that something a bit like this has played out over and over again, between teams of ferret-faced lawyers on the one hand, and musicians and singers and musical producers on the other hand, for dozens and dozens of Mr. Beato’s videos.

Which, if my guesses are right, explains why these videos, over a hundred of them, are still there and have not been taken down.

If you love music and if you would like to see and hear a smart and perceptive person in some videos that provide brilliant analysis and dissection of some of your favorite popular songs, then this is the guy for you.