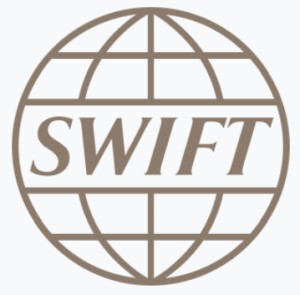 One of the dumbest things that you can do when you are naming your intellectual property firm, it turns out, is picking a name that is more than 35 characters in length.  If you make this mistake, it means you often can’t get paid.

A related dumb thing is arranging to have a street address that exceeds 35 characters in length.  This, too, might mean that you can’t get paid.

It turns out that there is a simple and quick fix for this problem, as I will mention at the end of this blog article.

Which now brings us around to why it is unwise, when picking a name for your intellectual property law firm, that exceeds 35 characters in length.

The way I learned this was when a dear professional colleague of mine launched a new patent firm in a particular foreign country about a year ago.  She was trying to be smart about getting things set up, and one of the first smart things she did, after opening a bank account in that country, was to ask me to send a test money transfer to her new bank account.

As most readers of this blog are aware, I usually use Wise Business (formerly known as Transferwise) for international money transfers.  So I duly set up her new patent firm as a “recipient” in my Wise system, and I sent $100 to her new patent firm.

There are many different ways that Wise Business carries out its money transfers, depending on which currency is involved and depending on the particular destination country is involved and depending on the type of financial institution that is the destination.  So for example if the destination is an ordinary bank within European Union, and if the currency to be sent is Euro currency, Wise nearly always dispatches the money from its own bank that is also within European Union, and the transfer is an “intra-EU” transfer that is extremely inexpensive and extremely fast.  Wise does this even if the sender is a Wise customer located outside of Europe.  So for example if I, located in the US, want to send some Euros to EPO in Germany through Wise, the money does not actually get transferred from the US to Germany.  Wise deducts some money from my Wise balance in the US, and Wise sends money from its captive bank in Belgium to EPO’s bank in Germany through an intra-EU bank network that is fast and inexpensive.

But for many currencies, and for many “country pairs”, the only game in town is SWIFT.  By this I mean that depending on the “from” country and the “to” country, and depending on the currency involved, it almost always turns out that the only way to accomplish the money transfer is for the sending bank and the receiving bank to both be using the SWIFT network, and for the particular money transfer to take place as a SWIFT transfer.

I am being silly when I say it that way.  In 1973, when SWIFT was set up, a typical data communications line had a data rate of “300 baud” which in this context means 300 bits per second.  It meant that you might successfully communicate about thirty alphanumeric characters per second.  On a practical level this means that in those days, there was no choice but to try to be thoughtful about the lengths of data fields in messages.  And so it is not such a big surprise that the limit for “beneficiary name” might get set at a number that in the present day (in the year 2022) might seem small — 35 characters.  Likewise the “address” field got set to a limit of 35 characters.

So now we can draw together the background points that I offer, and we can see why it is unwise in 2022 to pick a name for your new intellectual property law firm that is, say, 36 characters in length.  The reason is:

Now we can turn to the simple quick fix for this problem.  It turns out that if both the sender and receiver are customers of the same money transfer service provider, usually a money transfer will be free of charge and instant.  The reason for this is simple of course — the transfer happens completely within the servicer provider’s own systems.  So for example if both firms are customers of Wise, then a transfer from one to the other is instant and free of charge to either the sender or the recipient.  Wise does not actually send any money from one country to the other.  Wise simply debits the account of the sender and credits the account of the recipient.  So the fix for such a problem, if an intellectual property firm has made the mistake of picking a name that is longer than 35 characters, or has made the mistake of having a street address that is longer than 35 characters, is the following:

I suppose a variant of the second bullet point would be “try to convince each foreign intellectual property firm that they already deal with to likewise get a account with Wise Business”.

The point here, of course, is that money transfers that take place completely within Wise Business’s own systems do not have to pass through the SWIFT network.  This means that the 35-character limits do not come into play.

One Reply to “How to be unwise when naming your firm”