What’s wrong with this sentence in this January 14, 2022 news story?

The $180 million solar farm will produce enough energy to supply the equivalent of more than 36,000 average households in the state annually, and it will provide around $54 million to local landowners.

Just like sentences that I blogged about on December 4, 2021, this sentence has a mistake that jumps off the page. Actually, two mistakes that jump off the page. END_OF_DOCUMENT_TOKEN_TO_BE_REPLACED

It turns out that the rolling electrical blackouts in the mountains of Colorado on December 30, which were a consequence of the devastating Marshall wildfire in Boulder Country, Colorado, were about the gas company avoiding having to relight pilot lights!

If there is anything that the gas company hates doing, it is having to send out workers to go from door to door to relight everybody’s pilot lights.   END_OF_DOCUMENT_TOKEN_TO_BE_REPLACED 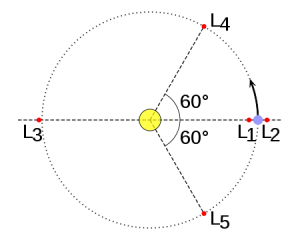 I imagine that most readers have been closely following the launch of the Webb telescope and the successful deployment of its solar panels.  As we all know, it is headed toward a particular place in space called the Earth-Sun Second Lagrange Point, shorthanded as L2.  I was intrigued to learn that L2 is actually a crowded place.  END_OF_DOCUMENT_TOKEN_TO_BE_REPLACED

Life is filled with reasons to be gobsmacked.  We all read recently of the death of Michael Nesmith, one of the members of The Monkees, at the age of 78.  He left many marks on Western culture.  I personally think that of the many strong marks he left on Western culture, the strongest were:

But what gobsmacked me was to learn that Michael Nesmith’s mother was the inventor of Liquid Paper.  By now in the year 2021 we are sort of accustomed, or maybe even resigned, to learning over and over again that somebody who was female accomplished something back in the days when many members of society seemed to assume that only males could accomplish things.  But it was his mother, Bette Nesmith Graham, who invented Liquid Paper, which inspired all of the later typewriter correction fluid products.  Of course nowadays because of word processors and computer printers, we have a whole generation of today’s youth who maybe have no reason to know that there was even a problem for which a typewriter correction fluid product might be the solution.

You can read about Bette Nesmith Graham in this Wikipedia article. 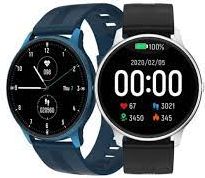 A smart watch is a watch that connects by bluetooth to your smart phone, and does lots of smart things.  It was not so long ago that your usual smart watch cost many hundreds of dollars.  Recently I saw that there are lots and lots of relatively inexpensive smart watches on the market.  I decided to give one of them a try.  I was astonished to find how many features a person can get, and how clever the watch can be, for a quite modest purchase price.  END_OF_DOCUMENT_TOKEN_TO_BE_REPLACED

There are only about 900 slots still open for tomorrow’s ethics CLE program Securing electronic communications.

If you wait too long to register, maybe you would be the 901st and you would find the webinar to be full.  Yeah, right.

The year was 1964.  I was a student in Mrs. Seiler’s elementary-school class in a school in rural Iowa.   Mrs. Seiler introduced a new topic that we students would be learning about for the next few weeks — the metric system!  END_OF_DOCUMENT_TOKEN_TO_BE_REPLACED

What’s wrong with the third sentence quoted below?

With more than 220,000 solar panels on about 700 acres, the new Palmer Solar project will generate 60 megawatts of electricity for Colorado Springs Utilities’ customers. It generates enough electricity to power approximately 22,000 homes per year.