By way of comparison, patent practitioners are accustomed to the responsiveness of WIPO when users suggest improvements and enhancements to the ePCT system.  It is commonplace to see user-friendly features that get added to ePCT specifically because users have asked for them.  WIPO personnel are subscribed to all of the relevant listservs and user groups for PCT users, and frequently it will be seen that a bug will get fixed or a feature will get added specifically because a WIPO person will have responded to a question or a comment in a listserv or in a discussion group.

If you have not already done so, you should join the PCT listserv and the Patentcenter listserv.

With this background, one might hope that USPTO would from time to time respond to suggestions and feature requests from user groups by implementing requested features or enhancements in Patentcenter.  It is this hope that prompted me to carry out a review recently of the Patentcenter feature request list to see what progress USPTO has made.  This blog article summarizes my findings.  END_OF_DOCUMENT_TOKEN_TO_BE_REPLACED

Patentcenter is still nominally in beta test, but USPTO seems to be plowing ahead with its plans to force all applicants to e-file patent applications in Microsoft Word format (the Microsoft Word dialect of DOCX) and has long ago stopped any development or feature enhancements for EFS-Web or PAIR.  USPTO has said it will shut down EFS-Web and PAIR and users will have no choice but to use Patentcenter to do the things that have in the past been done through EFS-Web and PAIR.  So what is the progress at the USPTO with fixing the known bugs in Patentcenter?

There is a Patentcenter beta tester user community, tied together by the Patentcenter listserv.  (Interested persons should join that listserv.)  A committee from the listserv met last autumn with some USPTO developers and it was hoped that this might lead to some progress with fixing some of the bugs in Patentcenter.  It was also hoped that USPTO would listen to users and implement some of the enhancements and features requested by users.

About four months ago, it was explored that the committee might meet again with USPTO people to review the bug list and to see what progress USPTO had been made with the bug list.  Some time has passed and the meeting had not yet happened.  So to save time, I have prepared this report that summarizes my best assessment of USPTO’s progress with the bug list.  Maybe some time soon the meeting will be able to take place and there will be an opportunity for further dialog.  In the mean time, this blog article reviews USPTO’s progress in this area.  (Preview:  things look grim.)

In a subsequent blog article I will review USPTO’s progress with the list of requested feature enhancements for Patentcenter.  (Preview:  things look grim in that area as well.)

END_OF_DOCUMENT_TOKEN_TO_BE_REPLACED

One category of recurring task in any e-filing system is what might be termed a “follow-on submission” or a “subsequently filed document”.  With such a task, you somehow indicate the application number of the application in which you wish to file your document.  Clearly one of the most important user interface goals is to help the user avoid an undesired result of inadvertently filing a document in the wrong application.   EFS-Web gets this right.  WIPO’s ePCT system gets this right.  But Patentcenter fails, as may be seen from the screen shot at right.  END_OF_DOCUMENT_TOKEN_TO_BE_REPLACED

Every now and then I reflect upon my musical listening habits back in about the 1970’s.  Some of the musical performing groups that I listened to at that time were named like law firms:

(When I say “named like a law firm” my unstated assumption is that it has to have been a string of actual surnames of members.  This disqualifies “Captain & Tenille” because Captain’s surname was actually “Dragon”.  And it disqualifies “Earth, Wind & Fire” and “Blood, Sweat & Tears”.)

It was only years later that I learned about, and came to love, the brilliant jazz vocal music of the group Lambert, Hendricks & Ross which started in 1957.  Maybe it was that group that started the idea of being named like a law firm. 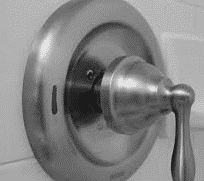 Here is an example of a poorly designed shower control valve. END_OF_DOCUMENT_TOKEN_TO_BE_REPLACED

(Update:  the letter has been sent.  See blog article.)

(Update:  I have prepared a letter for people to sign and you can see it here.  The letter will close for signatures on Tuesday, October 12, 2021.)

I received an Office Action the other day that reminded me that I have been meaning to make several requests to Tech Center 2900.  This is the part of the USPTO that examines design patent applications.  If your practice includes US design patent applications, I hope you will read on and post a comment or two.  END_OF_DOCUMENT_TOKEN_TO_BE_REPLACED

Assume for sake of discussion that a properly worded assignment has been executed and recorded for a US patent application.  By this we mean an assignment that indeed settles ownership of of the subject matter of that patent application to the named applicant (typically a corporation or other legal entity that to which the inventors were obligated to assign the invention).  Now assume that a continuation or divisional application gets filed pursuant to 35 USC § 120 (in this discussion I do not mean to assume a continuation-in-part).  The question posed is:

Is it important, or even necessary, to record the assignment with respect to the child case?

In this blog article I will discuss factors that I can think of that might influence an applicant’s decision as to whether or not to go to the trouble of recording the assignment in the child case.  I hope you, dear reader, will consider this question, and I hope you will post a comment below with your thoughts about this.  END_OF_DOCUMENT_TOKEN_TO_BE_REPLACED

Relax, folks, the Trademark Office had a “comprehensive strategy” to detect and block those questionable trademark filings all along.  END_OF_DOCUMENT_TOKEN_TO_BE_REPLACED

(Update:  a letter has been sent.  See blog article.)

There is a very interesting development in “where you sleep at night”.

END_OF_DOCUMENT_TOKEN_TO_BE_REPLACED

(Update:  the Commissioner for Trademarks says we will get all of our “asks”.  See blog article.)

Today fifty-four trademark practitioners sent a letter to David Gooder, the Commissioner for Trademarks, asking among other things that the docket number field in the Trademark Office systems be expanded from 12 characters to 25 characters and that the address fields be expanded.  You can see the letter here.  The letter got sent by Priority Mail Express, and you can track the envelope here.  It should get delivered on Monday, August 9.  I will also forward a PDF of the letter to Commissioner Gooder by email.

Let’s think some thanks and some positive thoughts in the direction of the fifty-four practitioners who signed this letter.