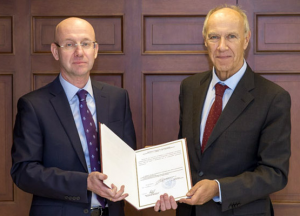 Russia has joined the Hague Agreement.

As of February 28, 2018, companies and designers from Russia can begin using the Hague System to protect their industrial designs.  The applicant can pursue protection in the territories of up to 82 countries through a single international application and a single set of fees.

Likewise from February 28, 2018, those located outside of Russia will be able to seek design protection in Russia through the Hague System.

Other countries that are likely to join Hague Agreement soon include:

For the UK, China, Mexico, Israel, and Vietnam the accession to Hague will also complete the trifecta.

This is all good news for the Hague Agreement and for industrial design generally.