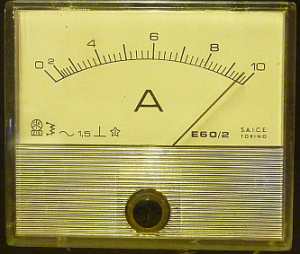 I guess what is going on here is that the USPTO has been fairly successful at reducing some of the backlogs for some of the art units.  It surely must have been embarrassing for the USPTO in those old days when there were plenty of art units with backlogs exceeding six years (or even nine years).  But indeed in recent years USPTO has been making quite a lot of progress.

USPTO provides a First Office Action Estimator where you can plug in an art unit and it will give you an indication of the backlog.  You can plug in one art unit after another, and these days you will never get an estimate that is longer than 30 months.  The USPTO software clearly has a line of code that “pegs” the prediction at 30 months no matter how big the backlog might really be.

I clicked around for a bunch of our firm’s pending cases and I kept running into thirty-month predictions over and over again.  I guess that’s just how it works out depending on the technology area of a firm’s clients.  It’s just that some art units (2464 and 2491 and 3691 are examples) are “pegged”.  The backlog for such an art unit is so big that the USPTO simply does not report the true backlog but instead lists the number “30” as the predicted backlog.

In our firm we almost never actually see a case run all the way to the “peg” because we use Patent Prosecution Highway a lot.  Most of our pegged cases end up on the Highway and we get an Office Action much, much sooner than one would expect from the USPTO’s First Office Action Prediction.

For someone whose case is in one of the “pegged” art units, and whose case is not on the Highway, I hate to think how long they might have to wait for an Office Action.

If you have a case in an art unit where the FOAP is 30 months (or more?) could you please post the art unit number in a comment below?

« Eighth annual E-Trademarks listserv reception in Seattle
What are the places where your client can get utility models? »

One thought on “Identifying “pegged” art units at the USPTO”