These days it is pretty interesting to keep track of the growth of the Hague Agreement (the international filing system for industrial designs).  Since a year ago there had been whispers (blog article October 21, 2017) that Mexico was going to join the Hague Agreement Real Soon Now.  And then came the new successor NAFTA agreement (see blog article of October 2, 2018) which sets forth that Mexico must join Hague by no later than the date of entry into force of the new NAFTA agreement. 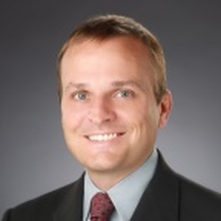 Anyway just now I was delighted to hear from Rich Stockton, who is chair of the AIPLA Industrial Designs Committee, about this particular topic.  He reports that he met recently with some higher-up folks at the Mexican patent office.  They told him that they expect the Mexican legislature will approve the implementing legislation during the current session and that no other major legislative steps remain other than depositing the instrument of accession (and then waiting the requisite three months for the accession to take effect).

He thus tells me that it looks to him as though Mexico will officially join the Hague system in the first few months of 2019.

This is, of course welcome news, and the accession of Mexico to the Hague system will be a welcome development.