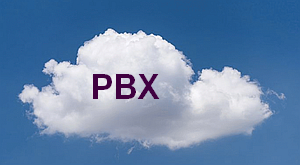 Recently Oppedahl Patent Law Firm LLC migrated from a physical local PBX to a cloud PBX.  What prompted us to do this?  What are the pros and cons of such a migration?  How might one go about selecting a cloud PBX service provider?  When we migrated about three years ago from a legacy analog-trunk PBX to a VOIP PBX, the chief factor prodding us into action was the realization that by doing this, we could eliminate the monthly cost of quite a few analog phone company trunks at $40 a month, replacing them with a single 85¢-per-month SIP trunk.  This also gave us the opportunity to scrap our legacy telephone switch that was the size of two large suitcases, replacing it with a small VOIP PBX that was the size of a videocassette.

When we made this move to VOIP, we really liked the idea of using a physical PBX that we own and control.  This approach meant for example that we could at a moment’s notice change our telephone company if we were to decide that we did not like it any more.  We could mix and match phone companies for purposes of incoming and outgoing telephone calls, using one for our outbound calls and a different one for our inbound calls.

From the very first days that we started learning about VOIP telephone companies we saw that each VOIP telephone company is glad to provide a cloud-based PBX to its customers at no charge.  We also saw that there are companies whose entire business model is fee-based cloud PBX service.  Finally, of course, there are the one-call-does-it-all integrated service providers who, for a monthly fee, will provide your physical phones and will provide a PBX (presumably cloud-based) and will serve as your interface to the companies that provide inbound and outbound VOIP telephone service.

For some readers, it does not matter how high the price is for the one-call-does-it-all service — the idea that there is one place to call if something goes wrong, and that someone who’s not you is responsible to figure out what is going wrong, is worth any cost.  There seems to be a Going Rate for basic office telephone service, and it seems to be around 20-25 dollars per month per physical telephone.  Regular readers of this blog will be aware that my way of looking at things is that if you don’t mind learning how things work, and if you don’t mind buying your phone physical phones, there is much to be said for reducing your recurring monthly cost to perhaps $10-20.  Not per telephone.  Just per month.

But now we circle back around to the question of whether to use a physical PBX that is in our office, or a cloud-based PBX.  There was some day (about three years ago) that was the first day that we became a customer of VOIP.MS as our chief provider of inbound and outbound telephone service.  On whatever day that was, we certainly did not want to use their cloud-based PBX!  For all we knew, in a month we might decide to fire them.  What if their service became flaky?  What if their prices went up?  With our on-premises physical PBX it would be quite easy to change our inbound or outbound service provider at a moment’s notice.

By now in the summer of 2020, several things are different than they were three years ago.  In the old days, there was always somebody in the office every day who could go to a server and power-cycle it if needed.  These days, however, almost everybody at Oppedahl Patent Law Firm LLC is working remotely almost every day.  If something were to be needed urgently to be done with the on-premises physical PBX, likely as not there would be nobody there to do it.

It’s not only power-cycling.  We provision physical spares of many important pieces of office network equipment with the goal that in the event of equipment failure, a spare could be swapped in.  But if nobody is there, then that means nobody can do the swapping-in.  We provision a spare of our on-premises physical PBX, and a spare of its power supply, but what if nobody is in the office to swap it in?

Okay, so the decision was in front of us — why not migrate to a cloud PBX?  The question question would be, which cloud PBX?  Should we use one of the fee-for-service cloud PBXs?  Or should we just give up and use the free PBX provided by VOIP.MS?  And the simple fact is that for three years now, VOIP.MS has been rock-steady.  No drama.  No price increases.  No service failures.  The old land-line telephone companies used to talk about “five nines” as an availability standard, meaning that the system would hopefully be available 99.999% of the time.  To satisfy this you have to limit your downtime to between five and six minutes per year.

Everybody who uses voice over IP is dependent upon their internet connection, which is never available with “five nines”.  Your DSL, your cable internet, it always has downtimes that add up to worse than six minutes in a year.  In our office we have a DSL backup that is intended to switch into service automatically if the cable internet fails, but just the switchover process by itself takes over two minutes!  All we would need is two instances of switching over to DSL and back again in a single year and already we would be worse than five nines for our internet connectivity.

My main point here is that over the course of three years, we have seen no failures — none — in the services provided by VOIP.MS.  We have quite a few kinds of system monitors in place and most system failures that affect our office lead to some kind of message reaching my cell phone and being emailed to me.  And although we have lost phone service in three years, it has always been because of the internet going down, or because of our physical PBX needing power-cycling, not because of the VOIP.MS service going down.

I will mention that every three or four months I will wake up in the morning to find some pair of emails in my in-box from the VOIP.MS company, a pair of emails that arrived while I was sleeping.  The emails report some outage.  The first of the two emails will have arrived in the middle of the night reporting that they have detected some problem with some server in one of the eleven cities in the US where they have servers.  The email says they have rerouted all functions temporarily to a server in one of the other ten cities.  Then, some hours later, a second email will have arrived reporting that they have fixed whatever the problem was, and now the functions have been routed back to the original server.  I guess the the rerouting activities would have taken more than six minutes each, and so the “five nines” standard would already have been lost for the year.  Yes in the span of three years, I think twice the pair of emails that I found in my in-box reported that the particular server upon which my office relies (called “denver2.voip.ms”) was the one that failed.  But lucky me, each time it happened while I was sleeping.

Then when Covid-19 happened, and lots of companies cut back their hours of service or told you that you that everything would take longer to get done, what did VOIP.MS do?  They took their old tech support hours of sixteen hours a day and lengthened them to 24 hours a day.  See blog article.

Returning to my main point here, it seemed to me that by summer of 2020 it was no longer of supreme importance that we engineer our office telephone system specifically to make it super easy to fire VOIP.MS on a moment’s notice.  So I figured we might as well suck it up and just use the free cloud-based PBX provided by VOIP.MS.

And that’s what we did.

The cloud-based PBX provided by VOIP.MS is okay.  It’s not as feature-rich as the on-premises PBX that we used for the past three years.  We had to struggle a bit to cobble together some things in the cloud PBX to approximate some of the nice features that we had gotten accustomed to in the old PBX.  But yes, our law firm is functioning.

There are at least five ways that I feel we are much better off with the VOIP.MS cloud PBX as compared with the old PBX, as I will describe: