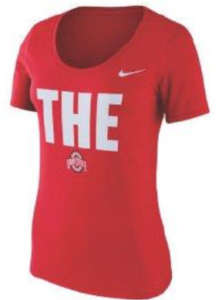 (Update:  Yes, as I predicted the Examining Attorney has refused registration because the “the” is “merely ornamental”.  You can see this blog article with an update.) 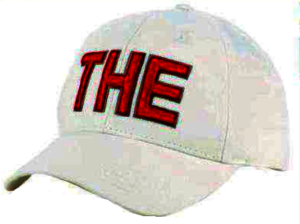 Under US trademark law, subject matter that is merely a decorative feature does not identify and distinguish the applicant’s goods and, thus, does not function as a trademark. A decorative feature may include words, designs, slogans, or trade dress. When an applicant files a trademark application presenting such subject matter, it is extremely predictable that the Examining Attorney will refuse registration because the feature is merely ornamentation and, therefore, does not function as a trademark.

I predict that this is what will happen in this trademark application, unless the university amends the application within the next few weeks to change the specimens of use to something else.

This big-mark-on-the-front-of-a-T-shirt mistake is such a frequently made mistake by filers of US trademark applications that the USPTO has a web page specifically directed to this mistake.  The page says:

For example, a slogan prominently displayed on the front of a t-shirt may be considered merely ornamental use and not trademark use.

7 thoughts on “A trademark application that will get refused”