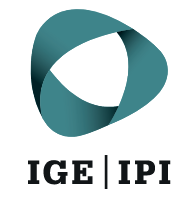 Now comes the news that on January 1, 2020, the Swiss Federal Institute of Intellectual Property will turn off its fax machine.  This is, of course, the patent office where Albert Einstein worked as a patent examiner before becoming famous and inventing E=mc2 and winning a Nobel Prize.

This is yet another in a long string of patent offices and other entities that have turned off or are planning to turn off their fax machines.  See Another Fax Bites the Dust, October 18, 2018.

5 thoughts on “Still another fax bites the dust”