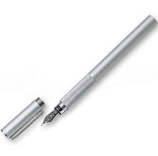 pens are heavy and bulky because they are thick.  I’ve just stumbled upon this elegant and inexpensive pen made mostly of aluminum.  It writes well and costs just $18.   END_OF_DOCUMENT_TOKEN_TO_BE_REPLACED

For some years now I have seen fitness bands on the wrists of friends of colleagues.  By far what I have seen most frequently is the Fitbit.  The Fitbit lists for $100 b

ut if you shop around you can get it for as little as $78.  What does it do?  It does exactly one thing.  It measures accelerations in all directions.  It thus serves as a step counter and it tries to figure out when you are asleep so that it can tell you how many hours of sleep you got last night.  When it’s brand new its rechargeable battery lasts five days.

What if I were to tell you that a big company that you have never heard of makes a fitness band that does everything that the Fitbit does, only better, and also measures your heart rate, and only costs $20?   Oh and the battery life between charges is three or four weeks.

END_OF_DOCUMENT_TOKEN_TO_BE_REPLACED

On the notebook computer of a friend or colleague, I have often seen a piece of a Post-it stuck to the camera opening.  The person who does this is prompted by the fear, perhaps not an unreasonable fear, that a bit of malware might turn on the camera

and permit someone to spy upon the user.

I was fascinated to learn of a commercial product that addresses this concern, and is elegant in its simplicity.   END_OF_DOCUMENT_TOKEN_TO_BE_REPLACED

From 2005 to 2014, Intellectual Property Today magazine served the IP community by providing toteboards ranking US patent and trademark firms according to the number of patents and trademarks obtained for clients each year.

The Ant-Like Persistence blog now carries on this tradition.  Here are the 2015 US toteboards.  You can see:

Hopefully by next year most patent and trademark firms will be aware of these toteboards and will report their numbers.

If your firm did not respond and is not listed in these 2015 toteboards, feel free to post a comment below with your firm’s totals for 2015 and, if you like, the approximate ranking that you think would have resulted for your firm.

END_OF_DOCUMENT_TOKEN_TO_BE_REPLACED

As most readers know, a RAID system makes use of two 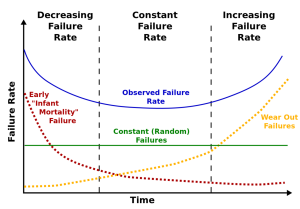 or more hard disk drives to provide a very reliable network-attached storage system.  In a sophisticated way, the system stores information redundantly across two or more drives.  If any one drive were to fail, the system would be able to continue in its normal function using the remaining drive or drives.  Importantly, no data would be lost.  This article talks about how you might pick the hard drives that you would plug into your RAID system.

END_OF_DOCUMENT_TOKEN_TO_BE_REPLACED

Regular readers of this blog know that I have been exploring the many recent media distribution developments that hold out the possibility of eventually “cutting the cord”, which in my case might mean discontinuing a monthly subscription to DirecTV.  (Others who are thinking of becoming a cord-cutter might discontinue a monthly subscription to a channel lineup with Comcast or Time-Warner cable or Dish network.)  Hulu, HBO Now, Netflix, Amazon Prime, CBS All Access … they each offer a taste of OTT (Over The Top), meaning, a way to get what you want using nothing more than an Internet connection.  Each involves some monthly fee paid to the service provider.

One of the areas of anxiety for some would-be cord-cutters is “will I be able to see my favorite sporting events?”

It’s one thing to wonder “what if I were to miss an episode of Big Bang Theory?”  If there were to be some mixup or problem viewing the episode, you could always watch it later.  Life does not end if a person is forced to watch an episode of a sitcom a day later than originally planned.  But for many sports fans, the prospect of “watching it later” if something were to go wrong is just unacceptable.

Which raises the question of the Super Bowl.  Can a cord-cutter watch today’s Super Bowl?  If so, what does it cost?  How do I do it?

The answer surprised me when I learned it.  The answer is, anybody (anybody in the US, at least) with an Internet connection can watch the Super Bowl.  They can watch it for free!

Amazon Fire TV.  If you have a Fire TV box, or Fire TV stick, just download the CBS Sports app and run it.  You will get to see the Super Bowl for free.

Roku.  Same deal.  If you have a Roku box or Roku stick, just download the CBS Sports app and run it.  You will get to see the Super Bowl for free.

It’s pretty clear that the NFL and CBS would rather get the largest possible number of eyeballs than try to charge a few bucks for the use of the app.

Keep in mind that if you use this app instead of watching the Super Bowl through your local CBS television broadcaster, you won’t see local ads.  It’s interesting to wonder how CBS will fill those advertising time slots that usually are set aside for local ads.

The local CBS television broadcasters probably won’t like this OTT offering very much, since it could cut into their eyeball count.