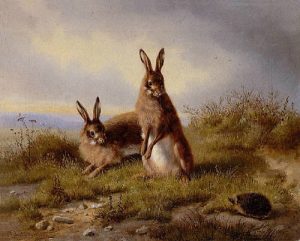 Wikipedia offers a definition of “Easter egg” in the context of computer games:

While the term Easter egg has [historically] been used [simply] to mean a hidden object … it has come to be more commonly used to mean a message, image, or feature hidden in a video game, film, or other, usually electronic, medium. The term used in this manner was coined around 1979 by Steve Wright, the then Director of Software Development in the Atari Consumer Division, to describe a hidden message in the Atari video game Adventure.

In the world of computer games, Easter eggs are reason to smile.  They are features, not bugs.  The software developer who has tucked away an Easter egg or two (or a dozen or two Easter eggs) into a computer game is to be thanked for making life a bit more fun.

I sometimes call these “word salad” Easter eggs.  If only you the user could guess what mixed-up words the designer was thinking of, you could in fact find what you are looking for.

With a word salad Easter egg, there is some consolation for the bewildered user, namely that if you only devote enough time to clicking absolutely every visible link on the page and following every possible click path down every possible rabbit hole, you will eventually see every user interface screen and if the feature or function you are looking for is visible on one or another of those screens, then you will necessarily find what you are looking for.  Patentcenter presently has approximately three dozen distinct screens, and once you have seen all three dozen screens and taken mental notes, you can eventually memorize the complicated click paths that get you to the places in Patentcenter that correspond to the one-click or two-click frequently used functions of EFS-Web and PAIR. 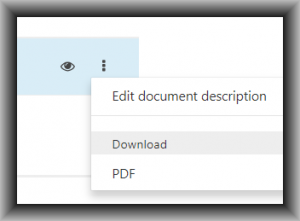 There is a second, more evil kind of Easter egg in patent office user interfaces.  It is the kind where clicking absolutely every visible link on the page and following every possible click path fails to guarantee results.  This is the kind of Easter egg where you had to somehow already know to click on some unlabeled box or blank space or cryptic icon.  As I described it in an alpha version of Patentcenter:

One of the most evil things in user interface design is Easter eggs, meaning things that you can’t see.  And the most evil Easter egg is some super important thing that you need to be able to do and there is no visual cue on the screen as to where to click to make it happen.  You have to already know it is there and hover your cursor over it, and the invisible thing becomes visible.  The box above that contains “edit document description/download/PDF” is such an Easter egg.  You would never know it is there until you hover your cursor over that part of the screen.

I guess there is some assumption by the developer that supposedly “everybody knows” that no matter what it is that you are desperately trying to figure out how to do, if only you hover your mouse over the three little dots, a nice box will pop up with the answer to your desperate question.

What I wrote back then was:

Yeah, I know, read the manual.  Probably the user documentation says “hover your mouse approximately four inches to the right of the document description and it will display an action box that lets you download the file”.  Forget it.  Anything that appears only because of a “hover over” activity needs to be made constantly visible.

And there is even a third most evil kind of Easter egg in patent office user interfaces.  It is the kind where you had to somehow already know to hover your cursor over some unlabeled blank area.  There was one of these for a while in one of the earliest alpha versions of ePCT.

What happens when you report an Easter egg to the patent office involved?  It depends which patent office we are talking about.  When I was a beta tester of the earliest versions of ePCT, I would report the occasional Easter egg to the folks at WIPO.  In general what happened next was a “thank you” from one of the developers, and then within 96 hours or so, it would be remedied.

« How do you search by attorney docket number in Patentcenter?
What I have in common with Robert De Niro »