For many years, those who e-file genetic sequence listings have prepared and filed the listings using a standard called ST.25.  A successor standard fetchingly named ST.26 has been agreed upon by all of the patent offices of the world.  It is XML-based.  A software tool has been developed by WIPO which users can use to create, edit, and verify ST.26 sequence listings.

I have set up a new listserv named ST26@oppedahl-lists.com for email discussions relating to the use of ST.26.  This listserv will chiefly be of interest to those who work with sequence listings when they file patent applications.

On April 29th the European Patent Office (EPO), is offering a 1½-hour online seminar dedicated to the Patent Cooperation Treaty (PCT).  This will be at 10AM Mountain Time.

This seminar is an opportunity to find out more about the services provided by the EPO and the latest developments in the PCT system:

Only 400 seats are available for this program, which is free of charge.  Register now to reserve your place! 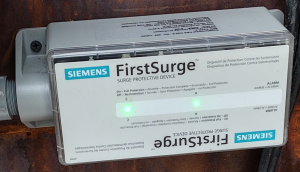 For decades now, we all have gotten used to the idea that of course our computer or any other small consumer electronic device should not be plugged directly into an electrical outlet but should be instead be plugged into a surge protection power strip which is in turn plugged into the electrical outlet.  We do this because for decades now we have had hammered into our brains that all sorts of bad things like lightning can somehow enter our electrical wires and if we fail to use a surge protection power strip, the bad things will travel through the electrical wires into our computers and other consumer electronic devices and damage them.

On April 7, 2021 I presented a webinar entitled Worry-free use of ePCT with EFS-Web and e-filing PCT applications at the USPTO.  (I publicized it in this blog article on March 23, 2021.)  More than 400 people attended.  Now a video recording of the webinar is available, an hour and 49 minutes in duration.  You can download the presentation materials here and you can watch the video recording here.

The webinar attendees and I had the great good luck that Ann Bardini, who is a WIPO person who is one of the developers of the ePCT system, was able to join at the last minute as a co-presenter for this webinar.

This webinar explained how and why it is that you no longer need to worry about whether it is okay to use ePCT when filing PCT applications at the USPTO.

On May 6, 2016 the USPTO published a Federal Register notice warning filers against the use of ePCT in connection with filing of PCT applications at the USPTO. The notice identified an aspect of 37 CFR § 5.15 (the “Foreign Filing License rule”) which, as interpreted by the USPTO, supposedly put into question the circumstances in which a filer could use ePCT to generate a ZIP file for uploading to EFS-Web in the filing of a PCT application.

In this webinar, I explained the many reasons why it is a Best Practice (and indeed always was a Best Practice, notwithstanding the 2016 Federal Register notice) to use ePCT whenever possible in the process of filing a PCT application at the USPTO. I explain what the cloud was that had been placed over ePCT in 2016, and I explain how and why that cloud has been lifted. I described how to comply with Foreign Filing License rules in the filing of PCT applications, including use of RO/US or RO/IB, and including cases where you do or do not have an FFL from your priority application that is broad enough to cover the entirety of your PCT disclosure.

Who should watch this recording?   A chief target to watch this recording is the person who has been scared about using ePCT ever since the USPTO published that Federal Register notice on May 6, 2016.  Hopefully by watching this recording, you can overcome any fear you may have had during these past five years about running afoul of export control laws or foreign filing license violations, a fear that may have arisen because of the wording of the 2016 notice.

Another target person to watch this recording is the person who has known all along that it is a Best Practice to use ePCT to the full extent possible in all aspects of PCT filings, and who has not been able to do so because your supervisor or your client has been scared of using ePCT because of that 2016 Federal Register notice, and has told you that you are not allowed to use ePCT.  Hopefully by watching this recording, you will be able to gain information that you can pass along to others such as that supervisor or client, to help them overcome their concerns.

Finally there may be some who were never aware of this 2016 Federal Register notice, but simply have not been using ePCT, and who keep hearing about ePCT and have reached a realization that there is probably something important and smart about using ePCT or otherwise people would not keep talking about ePCT all the time.  If you are in this category, please watch this recording.  You can snooze through the part about why it was that in the past there were so many people who were scared to use ePCT, and when we get to the part about why it is smart to use ePCT now, you can perk up and you can learn why it is now a Best Practice to use ePCT as much as you can in all aspects of the PCT filing process.

Want to make sure you don’t miss out on other helpful webinars in the future?  Make sure you subscribe to this blog.

On April 1, 2021 I presented a webinar entitled Docketing PCT for US filers.  (I publicized it in this blog article on March 23, 2021.)  More than 400 people attended.  Now a video recording of the webinar is available, an hour and 15 minutes in duration.  You can download the presentation materials here and you can watch the video recording here.  END_OF_DOCUMENT_TOKEN_TO_BE_REPLACED

Here are the results for the 2020 US Tote Boards.

The firm ranked first in filing of granted US plant patents in 2020 is Birch, Stewart, Kolasch & Birch, LLP.  The runner-up is Leydig, Voit & Mayer.  This is the second annual US Plant Patent Tote Board.

The firm ranked first in filing of granted US design patents in 2020 is Banner Witcoff.  The runner-up is Sterne, Kessler, Goldstein & Fox P.L.L.C.  This is the ninth annual US Design Patent Toteboard.

The firm ranked first in filing of granted US utility patents in 2020 is Oblon, McClelland, Maier & Neustadt, L.L.P.  The runner-up is Cantor Colburn LLP.  This is the sixth annual US Utility Patent Toteboard.

The firm ranked first in filing of granted US trademark registrations in 2020 is Muncy, Geissler, Olds & Lowe, P.C.  The runner-up is Fross Zelnick Lehrman & Zissu, P.C.  This is the sixth annual US Trademark Registration Toteboard.

The USPTO makes much of the importance of receiving information in computer-readable formats.  For example the USPTO has proposed to charge a $400 penalty to the patent applicant who would fail to provide the body of a patent application in Microsoft Word format.  Why, then, does the USPTO so consistently fail to practice what it preaches?  For example when the applicant provides issue-fee information (assignee name and attorney-agent-or-firm information) in computer-readable format, the USPTO discards the provided computer-readable characters and hand-keys it, often making mistakes (keying “Radom, Poland” as “Random, Poland” or keying my name “Oppedahl” as “Oppendahl”).  The most recent glaring example of this has revealed itself in USPTO’s mishandling of incoming designations from international design applications, as I will describe. (These are the applications having application numbers in the series code “35”.) END_OF_DOCUMENT_TOKEN_TO_BE_REPLACED